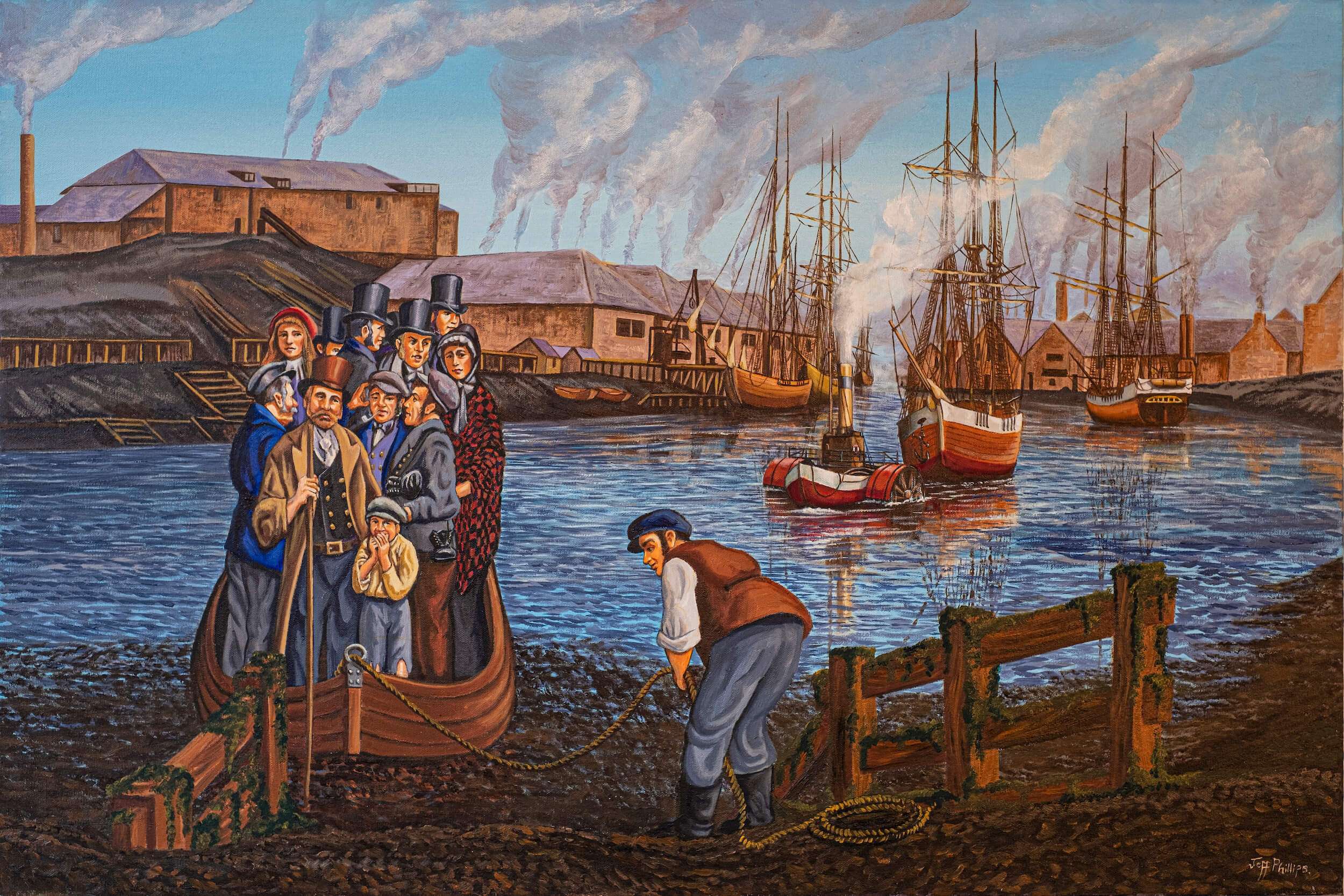 Ferryboats have crossed the River Tawe linking Swansea West with Swansea East for centuries. During the 19th and 20th centuries, the need to cross the river increased with the development of the copper and zinc industries. Toll bridges were built over the River Tawe but the ferry remained popular as it was much cheaper.

Ferry boats crossing the River Tawe had been operating for many centuries connecting Swansea East with Swansea West linking trade, commerce, businesses and families. Before the bridges were built it was the only way to cross the river. During the 19th and 20th centuries with the increasing development of the copper and zinc industries the ferryboat became very busy with people needing to cross the river to work. The ferryboat was a flat bottomed boat that would carry up to 20 passengers at a time. Despite the cramped, uncomfortable and dangerous conditions the ferryboat was the only means of crossing.

With the building of the road and rail bridges across the river, foot bridges were part of the structures. However the toll of crossing a bridge was three times that of the ferryboat, half a penny on the ferry, one penny and a half on the toll bridge. So the demand for the ferryboat was still strong and it continued to operate carrying passengers across the River Tawe until 1945.

Throughout the 19th and 20th centuries the ferryboat was run mainly by two joint families they were, Owen and Leyshon and then Llewellyn and Clark, who were employed as ferry men for over a hundred years for Vivian and Son. With the removal of tolls on the bridges and the event of the second World War the ferryboat was no longer needed and cease trading in 1945.