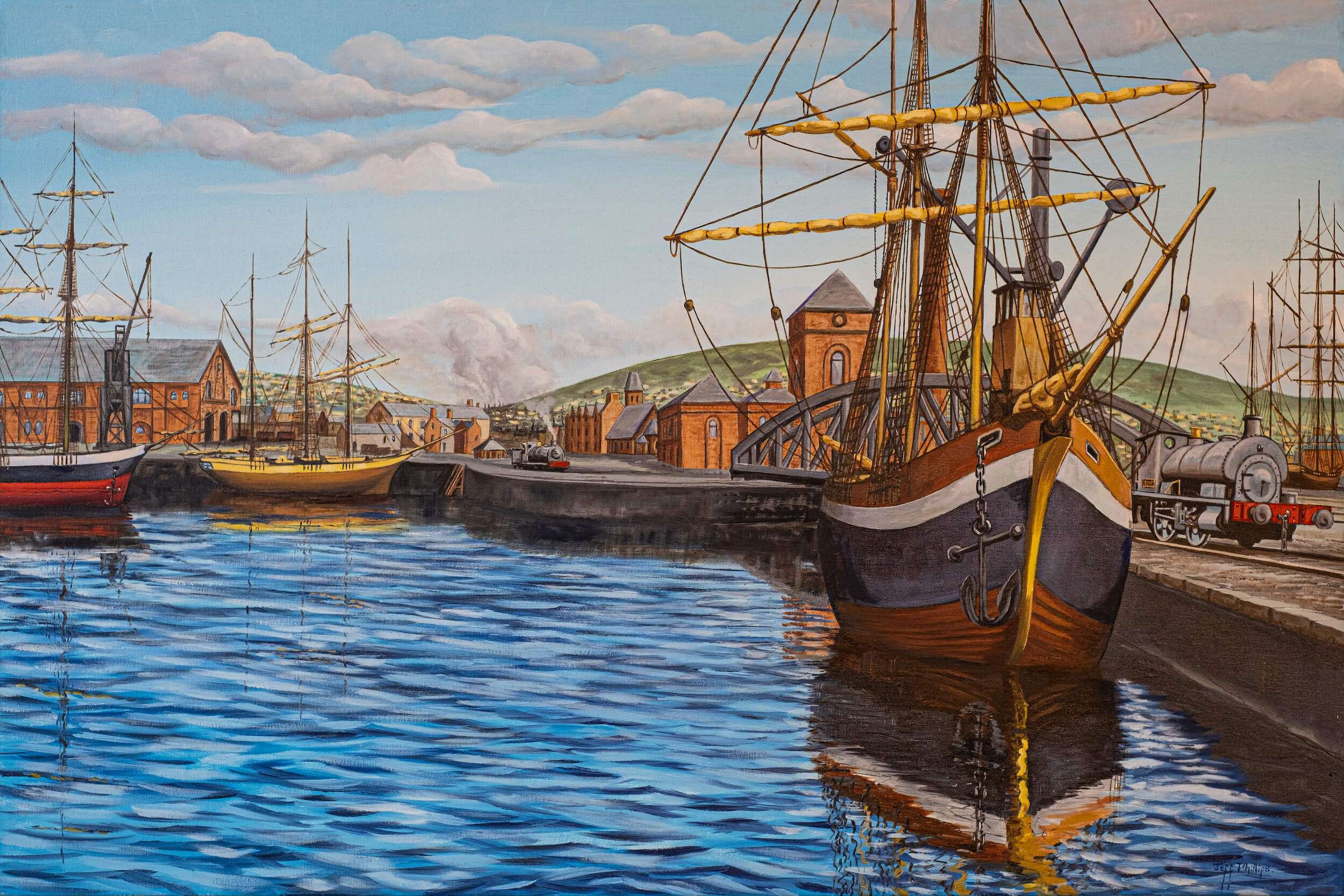 South Dock Swansea was opened to shipping in 1859. It was used for goods such as timber, building materials and food imports such as bananas.

Construction work on the South Dock Swansea was started in 1852 and was officially opened to shipping on 23rd September 1859. The dock was built mainly for cargo vessels supplying sand, gravel and timber for building construction. Timber was also in demand for use throughout the local mining industry. Many other cargoes of food supplies such as potatoes and exotic fruits such as bananas would also use South Dock.

In 1900 the Pump House was built at the South Dock this supplied hydraulic power to the lock gates of the South and North dock. It also supplied the power operate the swing bridges throughout Swansea docks, powering the cranes, hoists and the road bridge at North dock.

In 1950 the hydraulic pumps were replaced with electric pumps until 1971 when the South Dock closed to shipping. Near the Pump House is the Church of St Nicholas built by Benjamin Bucknall in 1868 and was a denominational Seaman’s Mission. In 1977 this church became a public art gallery run by AADW. In 1992 it became independent and is now The Mission Gallery.

What is now part of the Waterfront Museum was at one time part of the LMS railway sheds that was linked to Swansea Victoria Station and the Midland Station St Thomas. Today between the Museum and the gallery on Gloucester
Place is the Dylan Thomas Theatre. The building was originally the Oscar Chess car showrooms but in 1979 after laying idle for many years it was handed over by the City of Swansea to The Little Theatre. The theatre was named after one of it’s famous early members Dylan Thomas and was opened on 29th September 1983 by Sir Harry Secombe. Today we now the old South Dock by the name of Swansea Maritime Quarter.