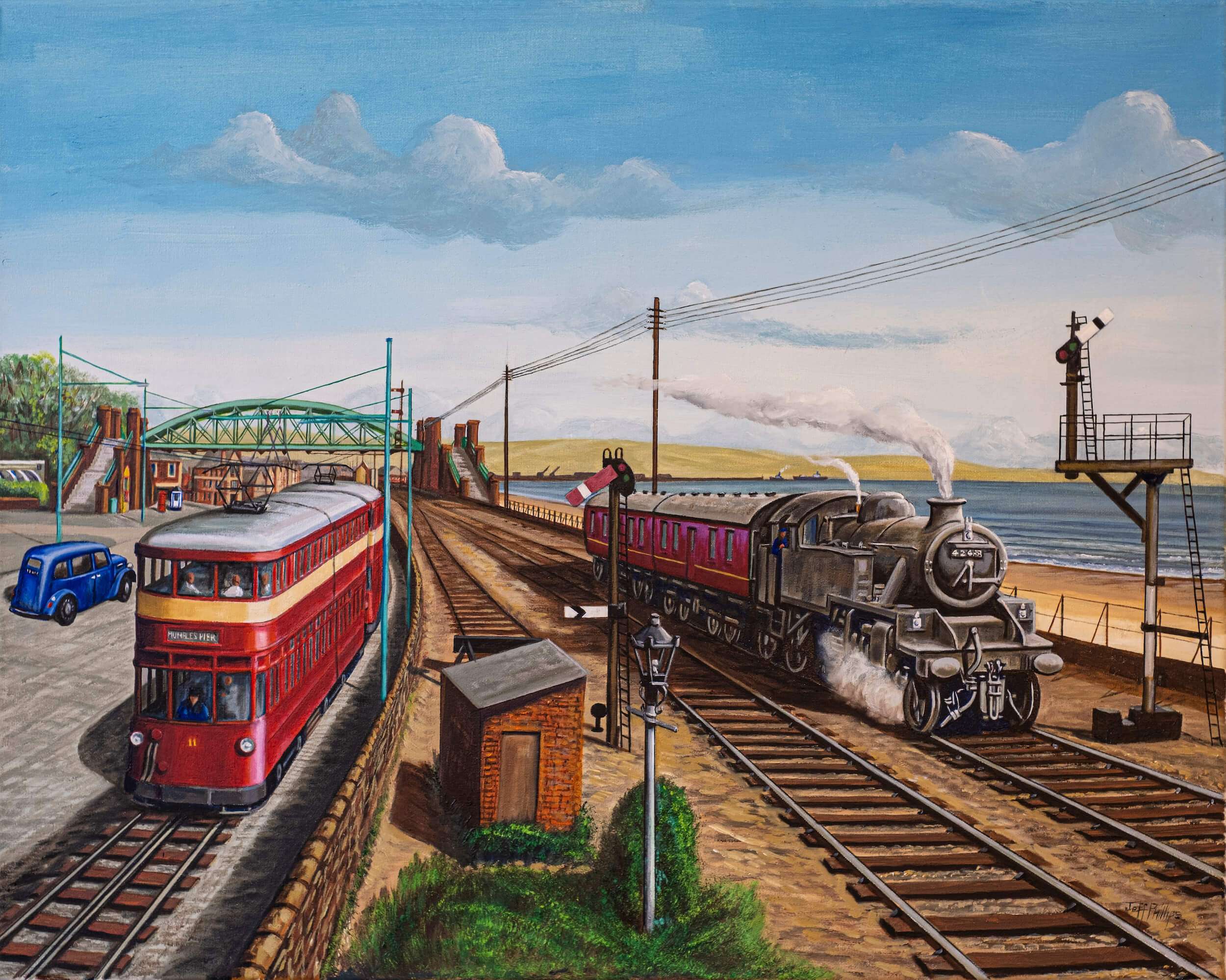 The Swansea and Mumbles Railway was the venue for the world’s first passenger horsecar railway service.

Swansea Mumbles Railway was the first passenger carrying railway in the world. Act of Parliament 1804 and started to transport passengers on 25th March 1807. The original coach was drawn by a single horse along railway tracks that went from Rutland Street, Swansea (now the site of St David’s car park) and travelled as far as Oystermouth Square.

Throughout it’s existence it used many modes of power from being a single horse drawn carriage to a double horse drawn carriage, steam powered trains and finally an electric tram construction. In 1877 steam locomotives were used for the first time along the sea front of Swansea Bay, pulling carriages packed with residents and tourists from Swansea and far afield. The line was extended as far as the the Mumbles Pier and these shunting engines would only ever face one way as there was never a turntable.

On 6th July 1928 trials started on the electrification of the railway and special tram carriages were designed to carry 212 passengers per carriage. These carriages could be coupled together in pairs carrying up to 424 passengers per trip. The carriages were designed with the doors only on one side of the carriage facing Mumbles Road, there was no need of doors on the beach side, this made the tram cars quite unique in design.

During the Edwardian period the beach along side Victoria Park had become a very popular area to visit. In 1913 a 130 tonne iron bridge was designed to span across Mumbles road, Mumbles Railway and the main LMS railway line supported by two stone abutments.  Construction of the bridge took place during 1914 and was completed in 1915, the bridge became a major feature of the town with wonderful views of the bay, the floral clock, Victoria Park, the Guildhall, the Bay View Hotel and Swansea Bath’s.