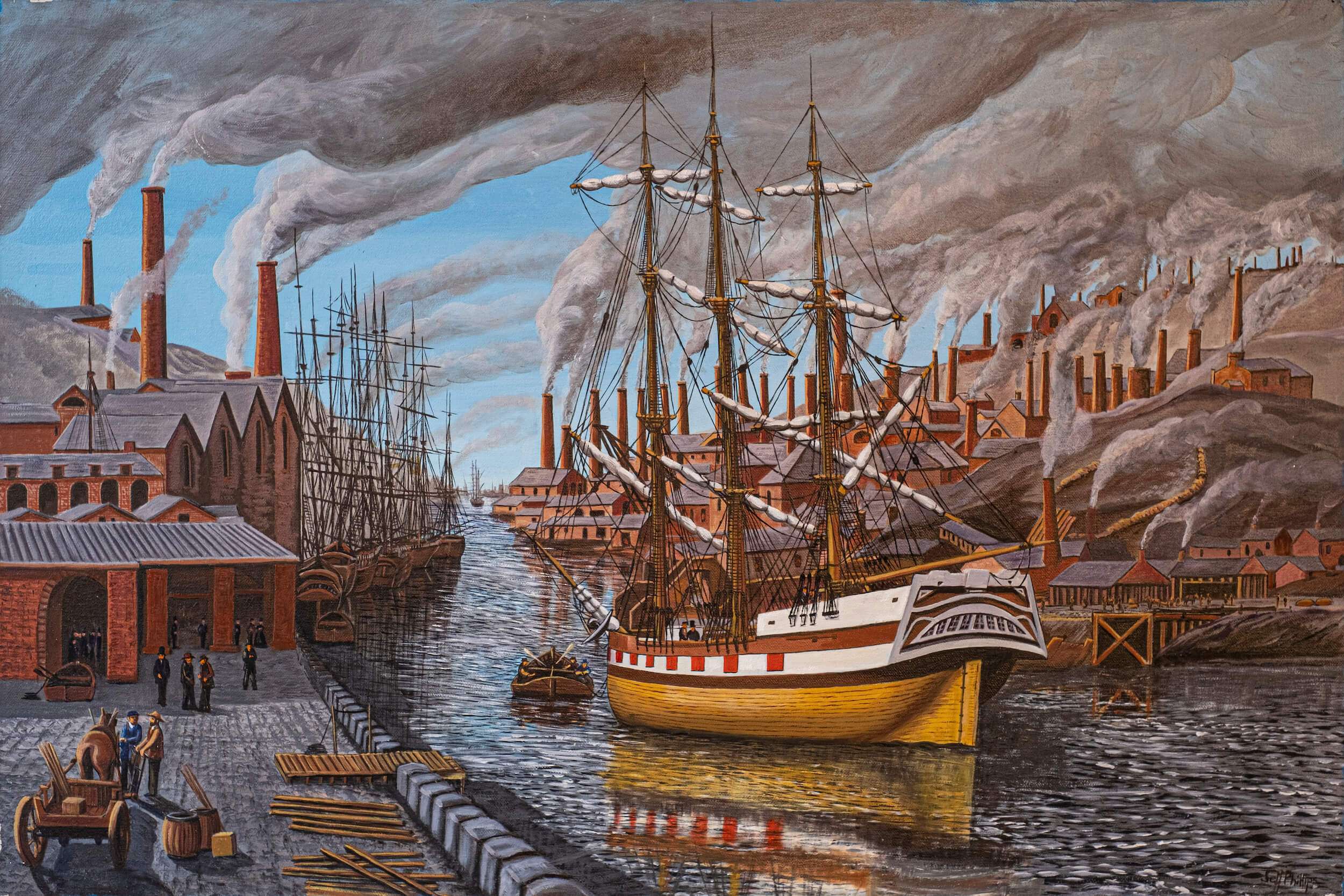 The Mary Dugdale was a passenger carrying ship. During her many voyages, she took representatives of the developing copper industry in Swansea around the world.

The Mary Dugdale, a three-masted merchant and passenger vessel, was a regular visitor to Swansea in the mid-19th century. The bold white paintwork on the ship’s stern and port side makes quite a contrast with the muted colours of its surroundings. That’s because Swansea’s status as an industrial powerhouse came at a price. Copper ores are full of impurities, and separation of metal from ore churned out ash and smoke clouds laced with arsenic and sulphur. So here, with Landore Copper Works to its right and the region known as White Rock on its left, the Mary Dugdale is literally between a rock and a hard place. Very hard. Factory workers had a life expectancy of just 35, and social status in Swansea was measured by how far you could afford to live from the furnaces and chimneys.

“It came to pass in days of yore The Devil chanced upon Landore
Quoth he, by all this fume and stink I can’t be far from home I think” Winning entry in a Railway Eisteddfod, 1887