Dylan Thomas and the Blitz 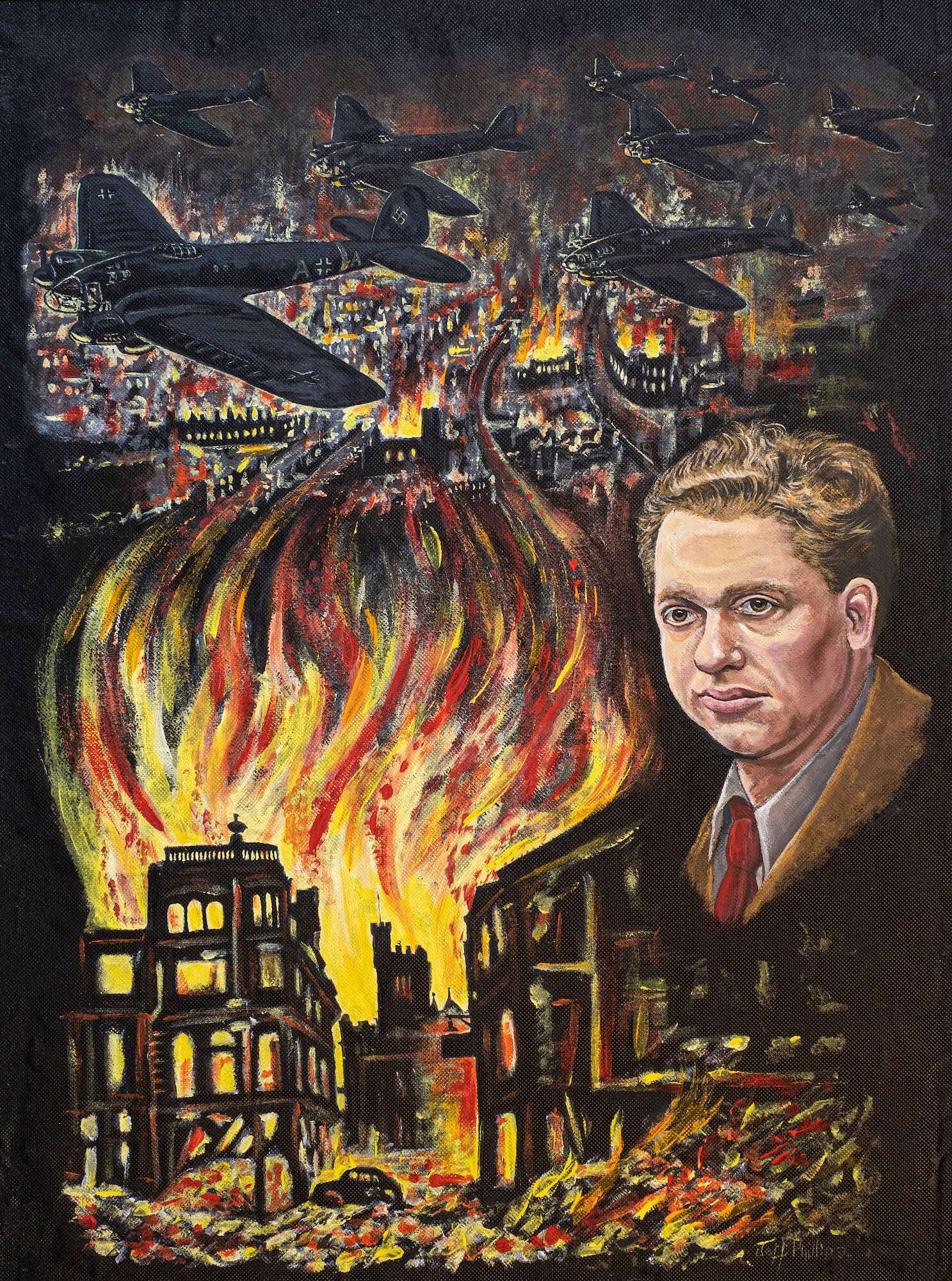 Dylan Thomas and the Blitz

After the three nights blitz in Swansea, Dylan Thomas came back from London where he was a War Correspondent. After seeing the devastation of the event first-hand, he wrote ‘Return Journey’.

People don’t usually think of Dylan Thomas as a war poet but the conflict left its mark on him. In this painting we see Dylan’s image overlying the ruins of Swansea city centre. Before the war the interior of Swansea Castle had been used as a newspaper office, and for a time in the early 1930s a teenaged Dylan Thomas could be found there working as a junior reporter on the South Wales Daily Post.

Here the castle is seen in ruins. It was the loss of life, not the destruction of landmarks, that would spur Dylan to put pen to paper. “Ceremony After a Fire Raid” tells of the tragic death of a new-born baby caught up in the bombing. Like Jeff Phillips, Dylan attempts to find meaning in the tragedy and absurdity of such a loss. The child Dylan writes about is unknown to him. He isn’t mourning a friend or a relative; he’s mourning a stranger – all strangers – who lost their lives at this time. Here Jeff Phillips honours a fellow artist who sits far enough from the destruction of war to see it objectively but still close enough to be deeply affected by it.