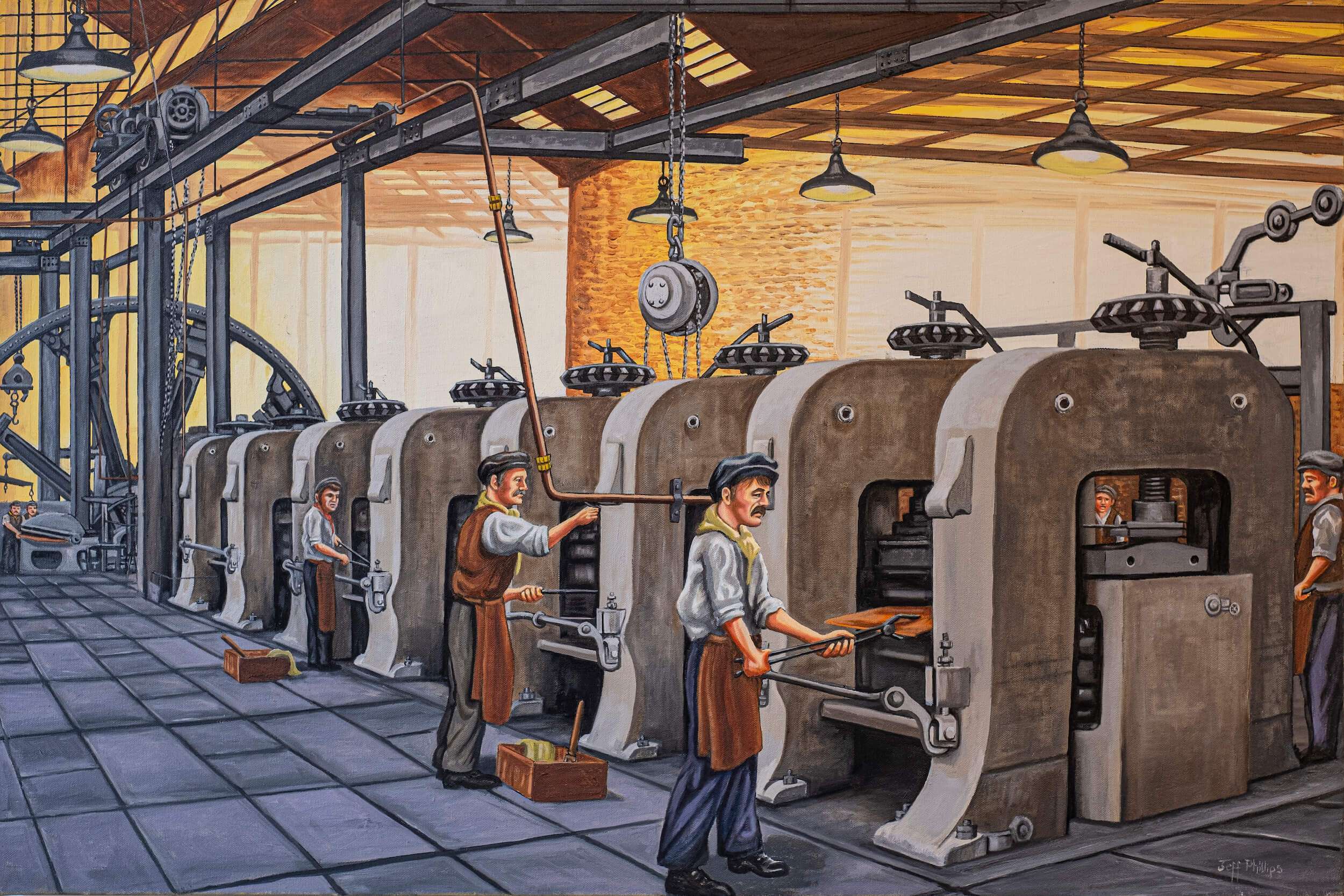 Sheet copper was used on the bottom of Royal Navy ships, to make steam boilers, coins and many other items.

Britain’s status as a global power in the 19th century was built on the Royal Navy’s mastery of the seas. And the ships that defeated Napoleon Bonaparte at the Battle of Trafalgar and carried troops to Australia, India, China and South Africa relied on Swansea copper to make them fit for purpose.

Here Jeff Phillips shows us the cold rolling process that converted copper ingots into copper sheeting. These flat sheets had many uses, including the manufacture of piping and coins, but by far their most common use was in the reinforcement of the wooden hulls of navy ships.  This was known as “sheathing” and protected ships from the build up of barnacles and weeds, as well as infestations of burrowing sea creatures.

Here Jeff Phillips shows us the “roller men” hard at work passing the copper back and forth between adjustable iron rollers until the right thickness is achieved for sheeting. Even using long tongs to pass the sheets between the heavy rollers, the work was hazardous.

These machines were built to last. An engine installed to power the rollers at Hafod-Morfa Copper Works in 1910 was still in use in 1980, and is currently being restored at the original works site near the Liberty Stadium.